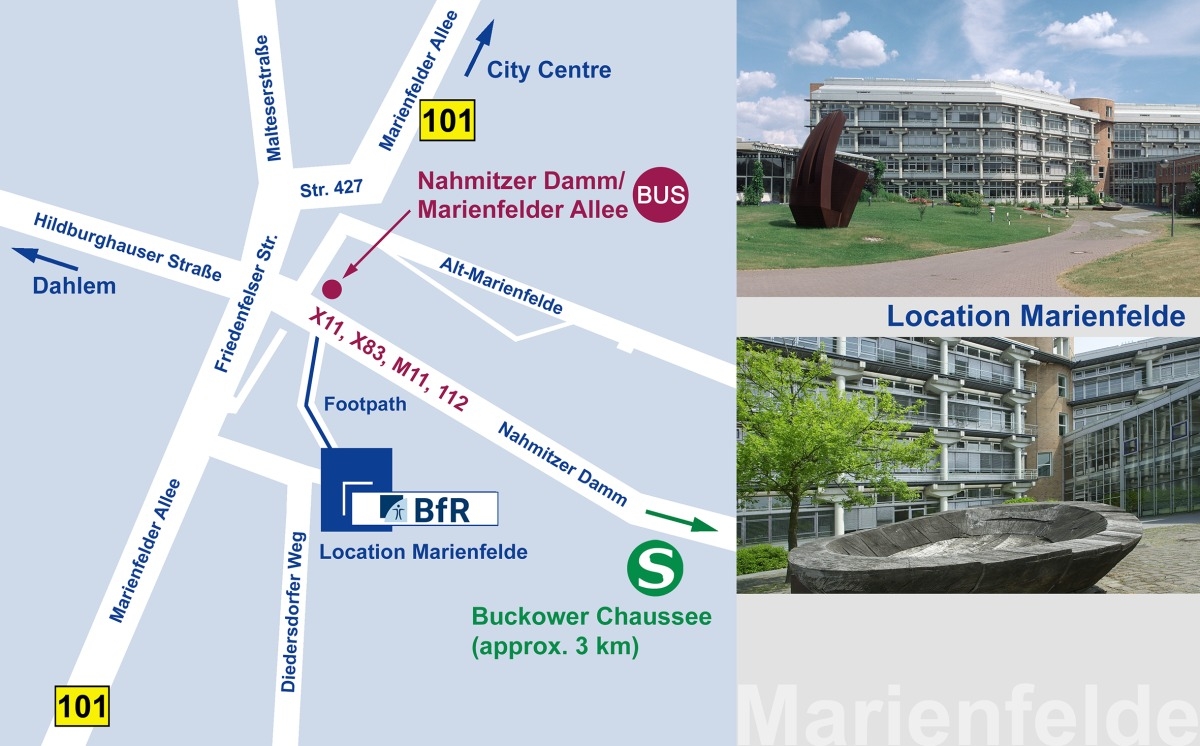 The location Marienfelde is situated in a southern suburb of the city of Berlin, not far from the institute buildings of the location Alt-Marienfelde.

Arrival by rail and public transport
Due to the many options and possible disruptions, we recommend that you go to www.bahn.de, www.bvg.de or the mobile app of your choice to get an up-to-date connection overview, destination stop: “Nahmitzer Damm/Marienfelder Allee (Berlin)”. From this stop, a footpath runs between the trees past a car park to the Institute (see sketch). The Institute cannot be seen directly from the bus stop.

From the city centre
For example from Bahnhof Friedrichstraße with the S-Bahn (urban railway) S 2 in the direction of Blankenfelde to Buckower Chaussee, change to Bus X11 or M11 on the opposite side of the street and get off at the bus stop Nahmitzer Damm/Marienfelder Allee (travel time approximately 30 minutes).

By car
The Institute in Marienfelde is situated on Bundesstraße 101 (Marienfelder Allee) in the southern outskirts of the city. It cannot be seen directly from the street (see sketch). Please use a navigation system if possible. Parking spaces are available.

We recommend traveling by public transport.